Giving you a helping hand towards a more sustainable you 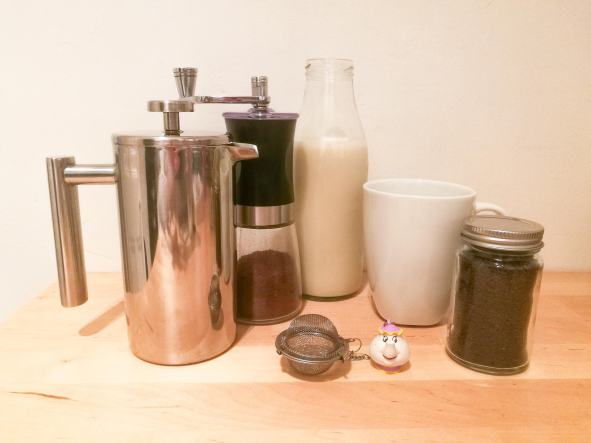 Hello… is it milk you’re looking for?

The dairy industry is not Planet Earth’s friend. It uses crazy amounts of land, water and energy to make a tall glass of white stuff – not to mention cow gas (ew gross).

You may have come here because you are a lovely person looking to do a lovely thing for the planet – Well Done! Whether you are going vegan or just want to reduce your intake of dairy switching your milk for a plant-based alternative is a great first step (it was the first thing I switched before going vegan!) But finding a swap that doesn’t interfere with the sweet, sweet bliss of your perfect cup of tea or coffee can be difficult and daunting.

When you think of plant-based milk this is probably the one you think of first. I can’t get hugely excited about it though. It’s okay… it’s fine… but I don’t LOVE it. It has a nice initial consistency being slightly creamy but leave it sitting for a few minutes and – URGH-WHAT-HAS-HAPPENED?! – it’s split. I don’t know what it is about me, but I just don’t love lumpy tea and coffee. Odd I know – but something about split soya milk makes me want to barf… This doesn’t seem to happen in coffee shops though, so you are safe from soya cement there. It does have a distinct earthy flavour, but I find it pleasant enough. Definitely more pleasant than climate change and it’s high in protein and low in saturated fat! YAY!

Soya milk is also suitable for coeliacs and nut allergies.

Contrary to popular belief soya farming for use in milk and human consumption is NOT killing the planet. About 85 percent of the world’s soybean crop is for animal feed and vegetable oil. It is a very land intensive crop but if we required less animal feed (by farming less animals) then could save most of the 85% of current land use. It also requires very little water.

Right guys – news flash! – It tastes of almonds. Shocker, right? I found this is actually pleasant in coffee. It was slightly sweet with a nutty taste but not so overpowering that I didn’t get the taste of coffee as the main flavour. It was a bit too sweet and nutty in tea for my liking – but maybe if you take sugar you could use this as a sugar and dairy milk replacement! Double Win! The texture is fairly similar to milk, perhaps slightly thinner.

Unfortunately, this one eventually split – although it seemed to take longer to do so than the soya so if you drink quick you can probably get through a cup without this happening – otherwise you’re looking at some homemade cement again. Grim.

Packed with goodness it is also suitable for coeliacs and those avoiding soya – please don’t drink this if you have a nut allergy though – that would just be silly.

Almond milk is a pretty good milk alternative, but it does unfortunately have quite a high environmental impact. It is extremely thirsty – like think of the thirst on your worst hangover and then don’t drink anything for two days. On average, it takes a little over a gallon of water to grow a single almond – and it’s not just one almond going into that carton… Plus it has to travel a long way to get to my fridge. This said it still uses less water and land than dairy and has lower emissions.

O-at my goodness me. Well hello oat milk – I think I love you now.

If you are looking for delightful – look no further. It’s creamy but not heavy and has no real overpowering taste in tea or coffee. I could honestly mistake it for moo milk and ZERO splitting has occurred. Say. Yes. To. Oat Milk! (unless you are coeliac in which case please say no or you are in for a horrible time. I’m very sorry you cannot share the joy but just wait for the Hemp review below. We gotcha covered!)

Oat milk contains no saturated fat, is high in fiber and it safe for nut allergies and those avoiding soya.

Oat milk is fairly sustainable! It takes six times as much water to grow almonds than it does oats and the land use and emissions are much lower than dairy.

Coconut milk is great if you like your tea and coffee to taste almost nothing like tea or coffee… It’s strong – well – coconut flavour tends to be overpowering. This is lovely for one of those nice “fancy” coffees you might usually purchase from a coffee shop but it’s not something I want first thing in the morning when I’m looking for that familiar warm punch in the brain to wake me up. And I can’t convey strongly enough how much it upsets me in tea… like I’d start wailing and crying “Why?! WHY?!?” but then I’ve been known to be a tad dramatic (daaaaaaaahling).

Coconut milk is is often fortified with Calcium and Vitamins B12 & D2 but is pretty high in saturated fat so just watch out how many litres you chug. It doesn’t split in hot drinks and is suitable for nut allergies and coeliacs.

The farms have a reasonably low environmental impact and use small amounts of water to produce the coconuts but there is still a long way to go to achieve ethical farming practices.

Hemp milk is very different from any of the other plant-based milks I’ve tried. Its subtle, nutty, earthy flavour is fairly unique. When I first smelled the hemp milk I thought it would be pretty grim in tea and coffee but I was pleasantly surprised. It wasn’t offensive at all! It changed the flavour of both the tea and coffee ever-so-slightly, but not enough to cause alarm or be unpleasant. It’s quite thin in consistency which was good for the tea but I prefer a slightly creamier texture for my coffee – I wouldn’t turn it down though!

The only trip you’ll get with hemp milk is a trip to a more sustainable future… (I’m really sorry about that one). The hemp plant is a relative of cannabis but without the psychoactive chemicals, so you are safe to get all the protein goodness alongside nine essential amino acids and omega-3 and omega-6 fatty acids.

It’s also safe for nut allergies, coeliacs, those staying away from soya AND it doesn’t split!

Hemp is pretty environmentally friendly! The plant takes in, on average, four times more CO2 than trees and it grows in just four months, not needing any pesticides, herbicides or fertilisers. It also requires very little water as it can irrigate itself naturally! MAGIC!

Results are in and Oat milk definitely comes out top for tea and coffee – but hemp is a close second if you want to avoid gluten!

Have you tried any plant-based milk yet? Let me know by leaving a comment below or getting in touch on any of my social media channels! If you’re looking for another switch why not try Switching to a Shampoo Bar?

4 thoughts on “Best Plant-Based Milk in Tea and Coffee”